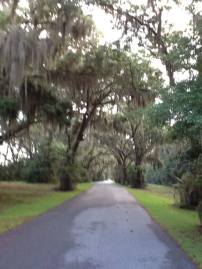 A month ago, I had a particularly long Saturday. The cats woke Greg and I before dawn, and we were grumpy enough about it to squabble before breakfast. I spent the morning cooking all of our lunches for the week–we eat together (on china) with our younger daughter daily in my classroom–and I spent the majority of the afternoon grading Antigone essays while Abby and her best friend, Em, worked on models of the human brain for AP psych. This unsurprisingly devolved into face painting and body art: since Em is an incredible artist, soon Ab had a realistic, ebony-lashed eyeball on her forearm and her face was covered in black tree branches.
As they set about documenting their artistry for Instagram, I heard a distant holler: “Hey, Mom, what are you up for?”
I wandered wearily into the bathroom, where the girls were washing off the paint, marveling that the acrylic paint was–seriously–an incredible facial. Ab said, “We are thinking pictures downtown. Are you down for that?” They knew, of course, that I was.

I am The Driving Mom. My 2004 Toyota Sienna has over 214,000 miles on it, and the large majority of them are from schlepping kids–but, perhaps because I am a high school teacher, I don’t really consider it schlepping. Teenagers are fascinating–they are still largely real, without artifice. They still get excited about things, and they constantly tell you what they are thinking. They like to go and do and document their going and doing: this makes for a lot of fun, provided you are willing to do one simple thing: drive the car.

Parents who drive the car will tell you that we buy a lot of unnecessary Frosties and french fries. Our floorboards are never clean. Someone is always leaving something important in our vehicles, and yes, we do have to take it to them at 10:30 PM. It can be a Royal Pain. But we realize that driving the car gives us open access to our kids and their friends. When our kids say, “We need someone to take us to the baseball game,” and we say, “Sure! Who needs a ride?” we aren’t being controlling, helicopter parents; rather, we are being empowering. Taking kids where they want to go, saying “yes” to their ideas builds autonomy and fosters connection that teenagers need.

More than once in my classroom, I overheard students say, “I want to go to the bowling party (concert, ball game, etc), but I don’t have a ride.” They beamed when I offered to take them–and when I arrived at their homes to fetch them, there were inevitably two or three cars in the driveway–sometimes more.

“They are all watching the game.”

“They are all taking a nap.”

“Mom says she has a headache.”

The challenge is, of course, to do. I’m naturally selfish; I serve myself the biggest cinnamon roll, drink the last of the Dr. Pepper, sleep in until noon if I can–I am downright greedy about some things. But I am rarely greedy about driving because I was often the kid who wanted the ride. I needed an adult to drive me–and also to hear me, to chat mindlessly about things like pop culture and then meaningfully about things like college. To be a consistent adult in a teenager’s life is a privilege. I realize that.

My daughter is 16, as is Em. Like many American teenagers today, neither has a license, or even a learner’s permit. Almost a third of American teens say they don’t drive because they have others who drive for them. Being one of these Others who constantly chauffeur can be wearisome; we driving parents will confess that listening to conversations about Poot Lavato or analysis of eye brow products is, truthfully, not all that interesting. But there are also moments when the teenagers in our back seats talk about drinking or sex or drugs or self-doubts, and being able to chime in, to give an authentic answer to a painful question, to participate in a teen’s life–well, isn’t that better than rewatching House episodes on Netflix?

Yesterday, I drove to the coast with Ab and Em to pick up a friend who has moved away. On our return trip, the three girls piled in the back seats, eating “Sin in a Tin” they’d purchased at Publix. Then they passed around Lip Freak Lip Gloss, which one of them had picked up at Ulta. (It bills itself as “The Strongest Buzzing Lip Gloss in the Whole World.”) The girls endlessly squealed variations of, “It’s making me drool,” and “It burns!” before finally demanding to listen to Adele (“Adel-eeeeee,” as they call her.) We listened to tracks four, six, and eight on a loop, and they sang along loudly; towards the end of the drive, they amused themselves by turning the lyrics into spoken word, delighting in enunciating the word endings (“If you’re goinG to leT me dowN, leT me dowN easY”) as I shrieked: it was truly awful.

There is no doubt in my mind that our drive will be long-remembered. The girls will, in all likelihood, still be snickering about that lip gloss at a bridesmaids’ luncheon ten years from now. Spoken Word Adele will become a new tradition, and on future drives, I will again be subjected to its torture. But I won’t really mind–because these girls won’t need me much longer, and while they do, I’ll be happy to drive.